Static Dry Sift – Static dry sift is the true basic method of extracting “keef” or in other word, resin glands from the plant material from a dried plant. Keef is often added into joints, but you will break out the most of its potential by pressing it in a rosin press. Pressing dry sift often yields up to 70% of rosin, in comparison with dry flower material, that hardly yields above 20%. The technique is pretty simple. Dry material is broken up and sieved through a fine sieve, so that the resin glands separate from the plant. 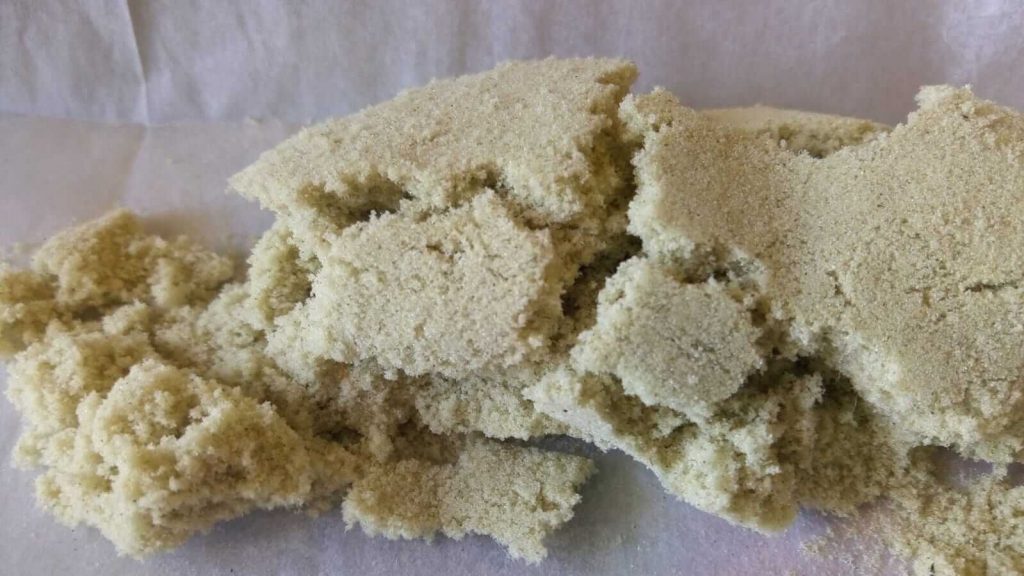 Dry Ice Sift – is made similar as Static Sift, but the only difference is, that raw and dry flower material is frozen with dry ice, which then helps it to separate better through a sieve.

Fresh Frozen Dry Sift – is the most complex from all sift extractions, but regarding quality, it is the cream of the crop. The main goal is yet again, separating the resin from the plant. As the name of the method hints, the flower material is being processed wet, right after harvest, when plants are placed into a freezer, and later on, lyophilised using a freeze drying machine. The next step would be yet again, sieving through fine screens. The whole process takes place in freezing temperatures, to prevent change of temperature that could result in terpene degradation. This method is very challenging, but many claim, that the result is the tastiest solventless extract.

Marrocan Hash – The classical moroccan type of hash, that everyone saw at least once in their lives. This is the oldest type of all solventless extractions, and it is the ancestor to all modern solventless extracts. The manufacturing technique hasn’t changed ever since. Whole plants are sun dried right after harvest, then placed into large screens and sieved. The collected sift is then pressed into bricks of soft, gooey material, ranging from light brown color to green and dark chocolate hues. Each region and each farmer has his own style and color of hashish. Traditionally, hashish is smoked with tobacco, or it can be also pressed in a rosin press, and it can yield up to 60-80%. 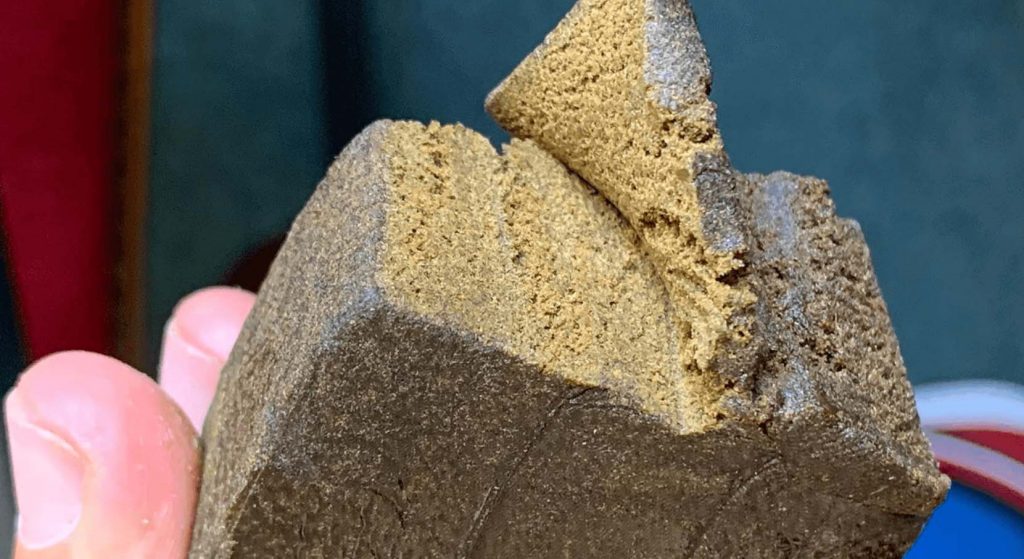 Charras is also one of the old ways of making hashish, but it comes from the other side of the world, and it is produced a little differently. You could say that Charras was the first “Live Extraction” method, as it is processed fromlive or freshly harvested plants. The resin gets off the plants by rubbing the buds in hands and then scraping it off using palms. The resulting material is relatively dark, but is much more fragrant, oily and livelier than the Moroccan hash, as there is no degradation which would happen while drying. Traditional hash lovers will tell you that good Charras is more valuable than gold. 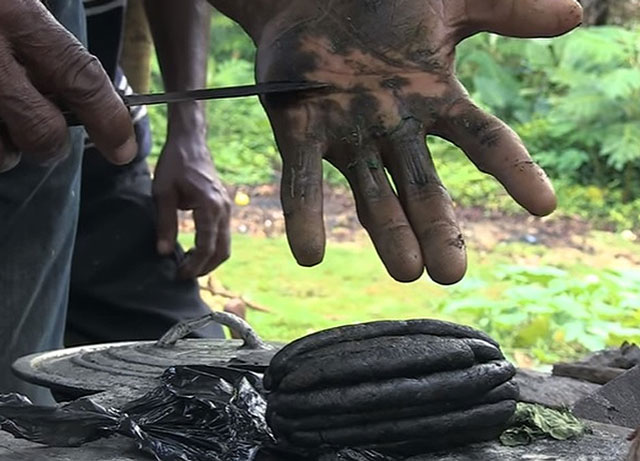 Water Hash – Another method of resin extraction, but this time using water, ice and a portable washing machine with mesh bags. Fresh plant material is freezed, and then added into the mash bags, within the washing machine with ice. (there are usually 3-4 mesh bags, due to the fact that contaminants and bad resin heads stay in the first bag, and the rest mechanically falls through into the last bag, where its collected with a spoon). The resulting material has to be freeze dried. The result is Ice Hash, which in premium quality, is called fullmelt, and can be dabbed without any further modification. Ice Hash can be also pressed with a rosin press, which results in Live Rosin.

Flower Rosin – in other words, extract that is manufactured by pressing dry flowers in a rosin press. Flowers are placed into “Rosin Bags”, mesh bags that are similar to fancy tea bags. Rosin Bags have a big range of sizes, measured in microns. The sizes range from 25 microns all the way above 160 microns. This measurement indicates the size of the holes in the mesh bags. These bags prevent contamination from plant material. After pre-pressing the flower material and inserting it into the rosin bags, pre-heating and pre-pressing takes place, to prepare the material for full pressing. The temperature and pressure can be modified to achieve different results. Higher temperature and higher pressure may result in higher yield. All aspects play an important role, and each plant has a different result, with different methods. Rosin is usually pressed in heat ranging from 65°C to 105°C. Each rosin extractor has his method, but he must always adjust it to the material that he is working with.

Hash Rosin – uses a technique similar to flower rosin, but the difference is, that dry sift is used instead of flower material. The main benefits are: higher yields, better color, consistency and higher terpene count. Dry sift is pressed using lower temperatures, resulting in much lighter colors. The quality is later reflected by the time of curing and starting material. 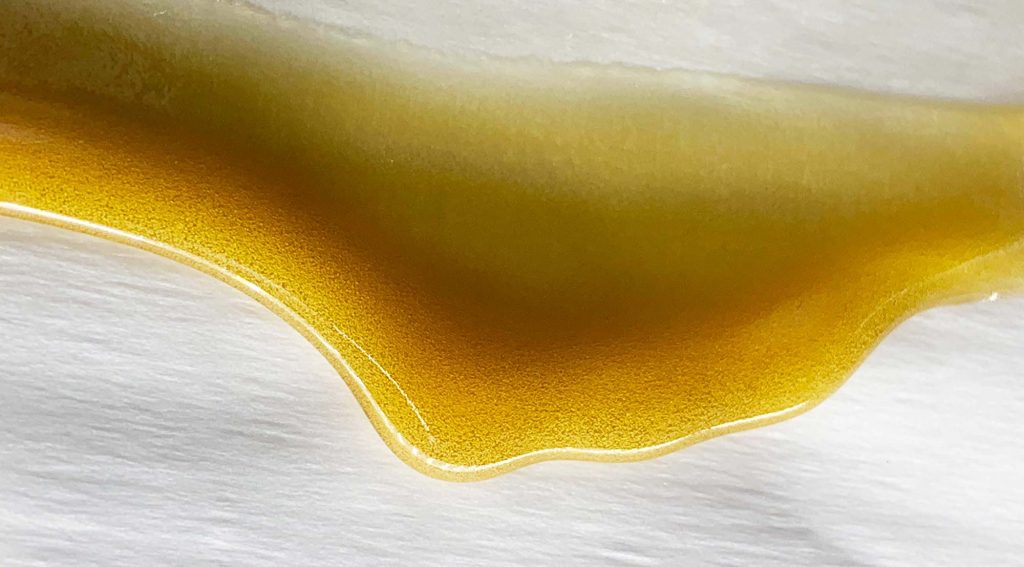 HR has the highest rank in rosin. This is pressing Ice Hash baby, so get your seatbelts on. Ice Hash has a consistency of fine sand at this stage. It is full of terpenes, but at this point they are “hibernating” hence the resin is dry. Then the ice hash is pressed basically the same way as Hash Rosin. The size of rosin bags should be from 15-37u. The result is unmatched, consistency reminiscents saccharified honey or butter (again depending on the quality and type of material, and also the length of curing). FFHR can also be modified by various methods for example Solventless Sauce Jam, which can be filled into cartridges.

Solventless THC-A – Solventless THCa is the most potent solventless extract ever. The only method of production is by repeated squeezing of hash rosin over different sizes of rosin bags, where liquid and oily substances are extracted from the extract until only a light, crumbling mass with a low terpene content but a high THCa content remains.

All of the above information and procedures are for scientific purposes only. We strongly encourage readers to
to get acquainted with and follow the legislation of your state.